I’m not generally one to patronize streamers – hot tub or otherwise – or other people that just talk to a camera, offer to write your name on their head, or change outfits for money (one assumes off camera but I’m not falling for that one again).

But one kind of people I’m always glad to help out when I can are those that do things – I mean, real things, things you can download and view and stuff. Artists fit right into this category. Kruithne is one of those artists that also does software and other interesting work. They do a lot of on-commission 3D art of WoW characters and, coincidentally, is one of the few 3D artists that also shares information on how they do the deed, albeit behind a Patron paywall (obviously not an issue for me).

It was that knowledge that drew me in, so I joined the Patron for what I could afford and immediately gained knowledge (mind you, the procedure they provided blew up my Python install, but, being a steely eyed Python boi, I was able to get that squared away).

Creation of WoW 3D art outside of the model viewer is not an easy or trivial task, but Kruithne works hard to make it achievable if you put a little effort into it. As a techie, as a former 3D artist in another era, and as a WoW fanboi, I highly recommend them and encourage you to throw a few gp into the till.

To my surprise and delight, recently we patrons got a bonus, an artwork with all of the first 100 patrons (that wanted to be) in it, as a group photo.

Can you spot the Grimmtooth? 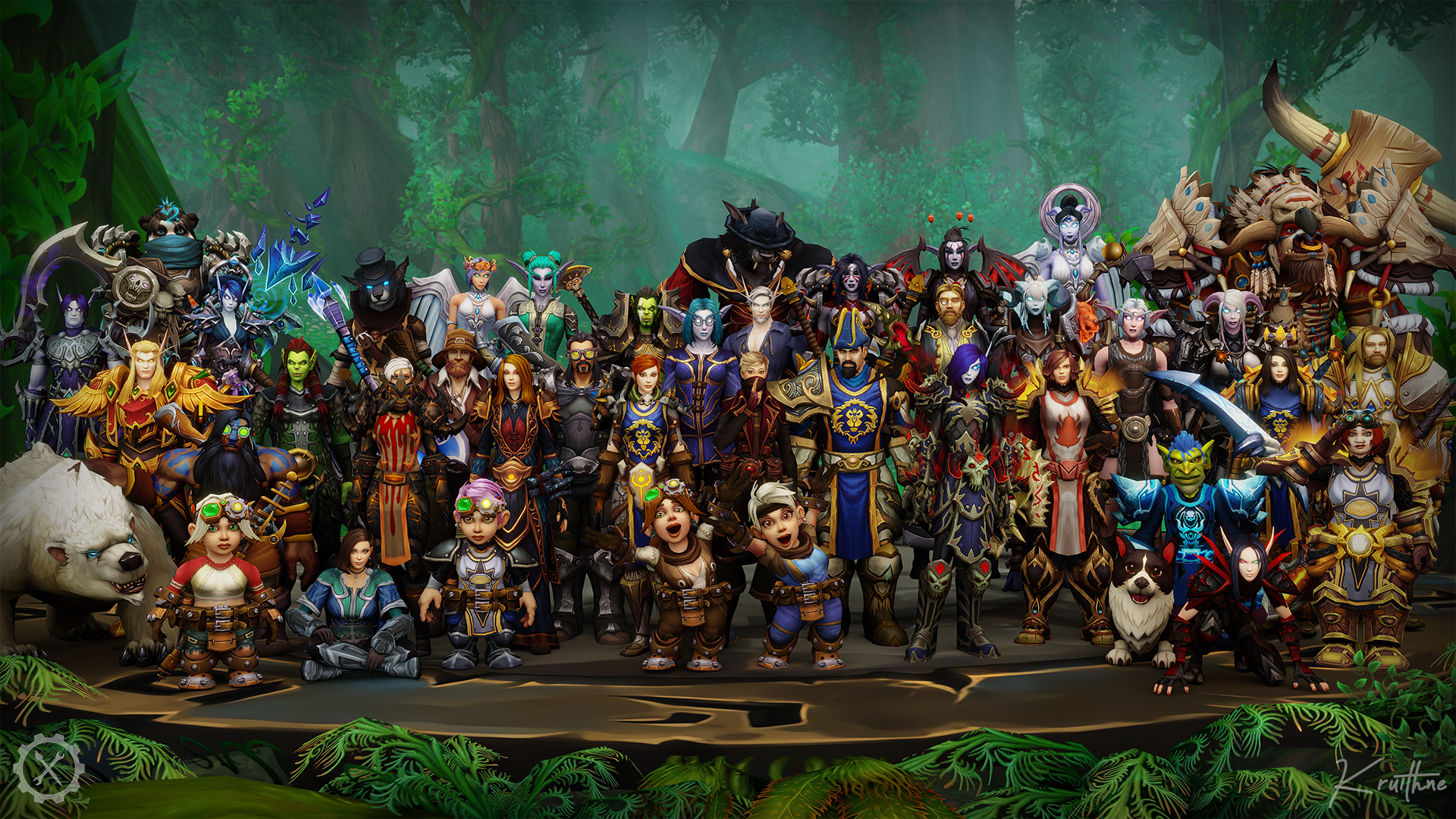 Posted in Blogosphere, Meta, State of the Blog, The People You Will Meet

Every expansion has it – that zone you just can’t stand. Sometimes it has zones you like as well – but, for me, the latter is less cluttered than the former.

In Shadowlands, well, there’s The Maw, but, I think we can all agree that it was designed to make us miserable so, yeah, mission accomplished. Go home early this week, Maw designers, you nailed it.

Aside from that, though, I have to say that most of the other SL zones get on my nerves, too. I can’t stand Revendreth, can barely tolerate Maldraxxus and Ardenweald, and mostly live with Bastion – but none are zones I particularly like.

What is it that makes me dislike a zone?  I can say that mostly it’s vertical space. Nothing irks me more than seeing a quest just in front of me and yet I’m standing at the top or base of a cliff. It’s annoying and frustrating.  And Revendreth – well, it’s all vertical spaces.

Another thing that annoys me is a lot of cover.  Heavily forested zones where tree branches are constantly getting in the way of your view just bug me.

That also begs the question – what zones do I actually LIKE based on that?  Obviously, those that provide a mostly flat and uncovered vista.  In that light, Nagrand (old school, but WoD version is also decent) is possibly my all time favorite. I realize it has some vertical spaces but they’re accessible for the most part.  Twilight Highlands, Classic Loch Modan, and Dun Morogh all figure big on this scale. Surprisingly, Ashenvale also is up there, even though it’s covered.  In this case the cover is all very tall trees, not the low lying ones in places like Elwynn.

Some that meet this criteria fall off the scale for other reasons. For example, I’ve never liked the aesthetics of Westfall in any of its incarnations and, while it has many fine features, Barrens (classic) is just so far away and hostile as to make it kind of a drag.

I can’t claim to be consistent, but I can claim to have an opinion.

Posted in The Places You Will Go