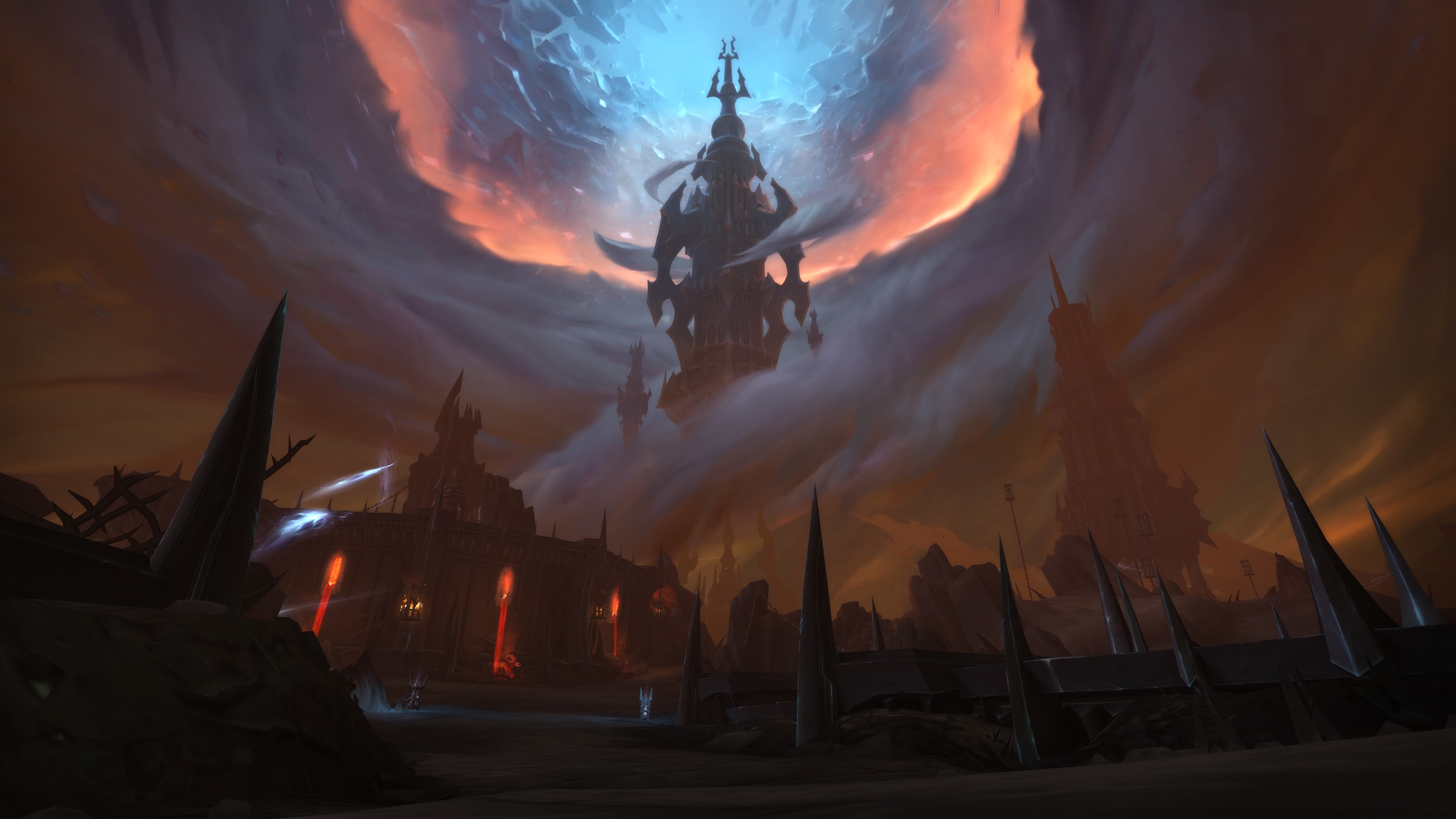 Today we got the news: Shadowlands has been delayed until later this year. And the response has been … well, kinda mellow.

I think everybody involved was kinda aware that, a month out, the beta was kind of a hot mess.  I, personally, can not relate that one way or the other – even though I have a beta invite, I’ve never felt all that excited about unstructured testing of software that hid its design from the tester.  I come from a QA past, and I prefer my testing more structured.

While I was not involved in testing, I hear things. From people that were testing. And those things were along the lines of “damn this worries me”.

And then there’s Blizz’ contribution to the general zeitgeist. While they’re very clearly hiding the design behind very thick walls, they can’t hide the patch notes without, well, just not issuing patch notes – and we’re not there yet. So as each beta patch came out, and they indicated that yet again another system was reset, or tweaked, or redesigned, the mood among those of us that are noting this sort of thing becomes more and more uneasy.

Let’s be clear. A month out from the announced launch date, there should be NOTHING subject to redesign, rebaselining, or reset.  And yet, we’ve seen all three within five weeks of the proposed launch date.  So, let’s be clear, SHADOWLANDS IS A HOT MESS.

This evening Blizz announced via public channels that they were definitely not ready for launch, and via private channels (email) that they’d even refund your repurchase for Shadowlands if this for some bizarre reason caused you major butthurt. (They wrote it more diplomatically but I don’t give a damn about diplomacy so if you have issues with that, take your butthurt ass about a mile down the road and make a left turn into I don’t give a fuckland.)

The upshot I have seen from most humans has been positive. They are aware of the issues currently in place (i.e. covenants suck) and are more than happy to wait for this to be fixed.  I agree. The 10% or so against that I’ve seen are basically the entitled asshats that bitch about anything, especially the ones that haven’t pre-purchased. Go demand to speak with the manager, Karen.

Back in the day, Blizz had a “it will ship when it’s ready” attitude. For example, BC was scheduled to ship in 2006, but actually shipped in 2007 when they famously delayed the launch to put in some polish (whereas “polish” means fixing game-killing bugs).  Side note: Day One of the patch was, in fact, a major clusterfuck. I was still levelling in Wetlands and the entire realm crashing when my guildies entered Hellfire was an experience I wish not to repeat.

So it’s nice to see that that attitude still exists.  I have no doubt that somebody will take a fall for this, and when they do, look for Activistion and Bobby Kotick to be holding the smoking gun. That will tell you all you need to know – who the hero(es) are, as well as who the villain is.

I personally am pleased that Blizz is committing to quality over schedule. As a former QA person, I am especially pleased, but, as a customer, I am also pleased. I feel comforted that somebody is trying to avoid pushing rotten code onto my PC.  I have enough rotten code sitting here already, so anyone pushing against rotten code is my hero.

Inscription in Shadowlands: some disappoint.

I’ve foray’d into the PTR and, if it is accurate, there are zero changes regarding glyphs in the new expansion.

We’ve always previously seen some glyphs dropped, some added, in the pre-patch.  But in this expansion there are zero changes.

This is an incredibly disquieting development (or rather, lack of).  Kind of makes you wonder if we’re seeing the final days of Glyphs.

Okay, so, considering that there are zero changes regarding glyphs – all glyphs that existed before, are still there, and there are no new glyphs – then this is what is what Scribes can expect from the new expansion. Brace yourselves – it’s pretty disappointing.

We get, as best I can tell, three new inks.

Each requires a pigment of the same name, plus Aerated Water and Rune etched vial.  Pretty much like we had in BfA – RGB.

The same old crap is carried forward.  Rather than per-boss as Legion did, we’re per-Raid as with BfA.  Which is fine by me, but, I need to point out, in these BfA required more in mats than it sold for. So I expect these to be of minimal usefulness.

We get a few bits and pieces here. Past experience indicates that this stuff will be quickly outpaced by raiding content.

The usual dealy here. Crank a card. Get a random.  The Death recipe is the usual deal, except occasionally it produces a blank card of one of the four suites.  That’s where the other four recipes come in.

These items represent a new feature of crafting. Basically, depending on whether you have learned them, these can be applied as an optional reagent to gear you are crafting. I’m not sure if they are soulbound or not, but, if they are, they’re immediately worthless.  It looks like all professions have a version of this, which also means the market will be flooded if they ARE sellable.

New item type, ensures an item has a specific spec.  This works similar to the Crafter’s Marks.  From the looks of it, only Scribes can make these, so it looks like this might be a source of income.

We know what these do. Past experience indicates that these quickly devalued and cost more to make than they sold for.

Not sure why we have to have a codex/tome per expansion for this. Seems pretty stupid TBH. (and thus, Grimmtooth is forbidden early access in the future. Suck it, Blizz).

So these are the various herbs that we get to harvest?

These appear to follow the pattern of BfA, more or less, in that particular herbs are not bound to particular zones.